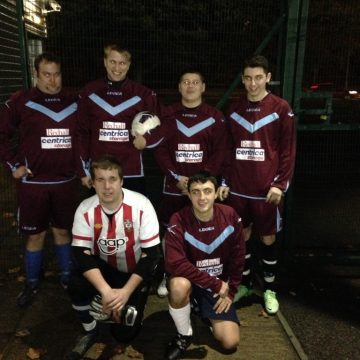 Photo shows the Redhall FC 6 a-side football team wearing their team shirts which were sponsored by Centrica and Redhall.

The team play on a Wednesday at Southampton’s ‘Goals 5 a-side centre’ and are currently in league one at third position. They have been awarded two trophies, as well as winning back to back promotion, however this year one of the lads dropped out, so they had to re enter as a new team and start from the bottom league again.

Unfortunately the goalkeeper, Jack Payne, was a stand in as Nathan Brewer who usually plays in this position was off sick when the photo was taken!

Jordan Manufacturing Limited (JML) will be exhibiting at the Nuclear Decommissioning Authority (NDA) Estate Supply Chain Event.  The annual event is in its seventh year […]

Redhall Group plc has announced that Martyn Everett has been appointed as a Non-Executive Director of the Company with effect from 24 September 2014. Martyn […]